I am a food idiot.  I honestly don't think about food much.  I could attribute this to my fortune in always having enough to eat, but that wouldn't be the whole story.  Really, I'm just clueless when it comes to food.  Therefore, in my years since graduating college I've only had one food epiphany: I can go buy whatever I want whenever I want and eat it... for example, bacon.

Now, thanks to my new gardening hobby, I've had my second food epiphany ever.  Ready?  It's Earth-shattering I tell you.  I can grow whatever I want so I don't even have to buy it to eat it.   And it's basically free and doesn't require any driving.  It's like magic!

So for my first magical experience, one of my favorite vegetables (even though it's a fruit), red bell peppers!  Diana bought me a cute little pepper plant from a farmers' market and it sprouted two very cute peppers.  Did you know that red bell peppers are just green ones that you procrastinate harvesting for a really long time?  It's perfect for me!

They were so heavy they bent the plant over and grew on the ground.  The plant must have been relieved when I snipped them off (it did spring back upright just a bit). 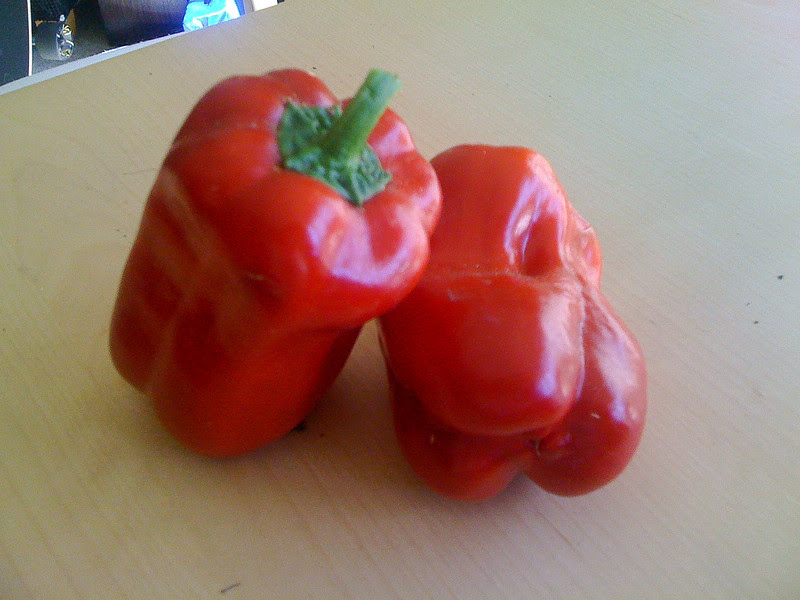 Then I chopped them up using the fantastic new knife Will got me. 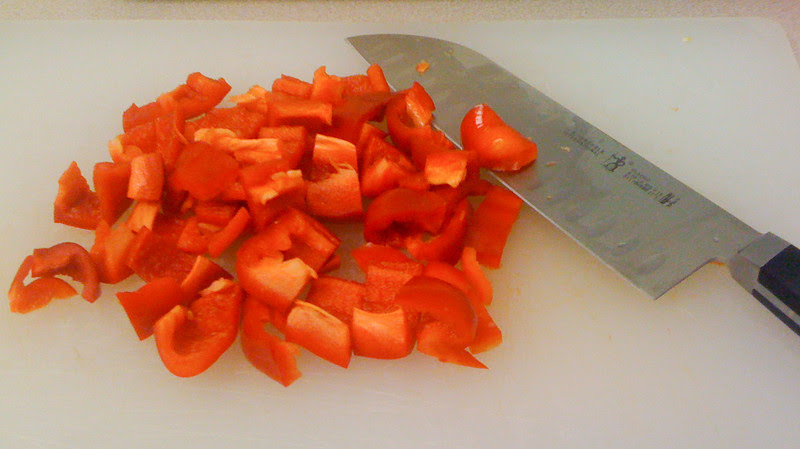 I threw them in with some Costco frozen vegetables (okay so I'm lazy). 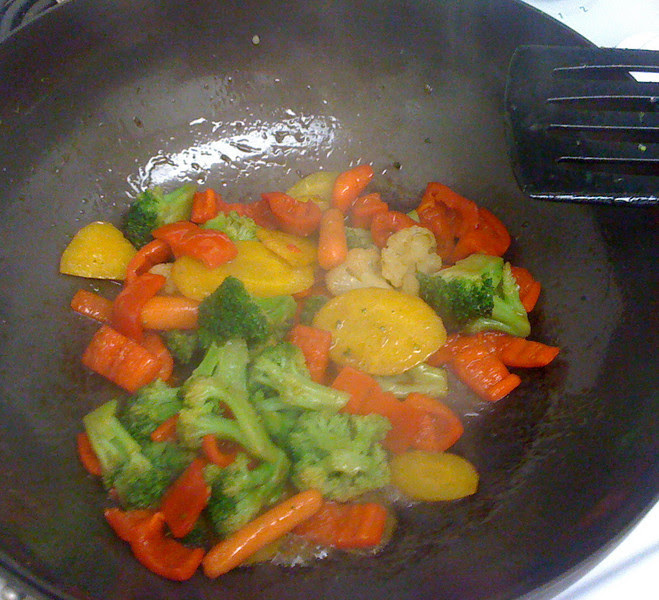 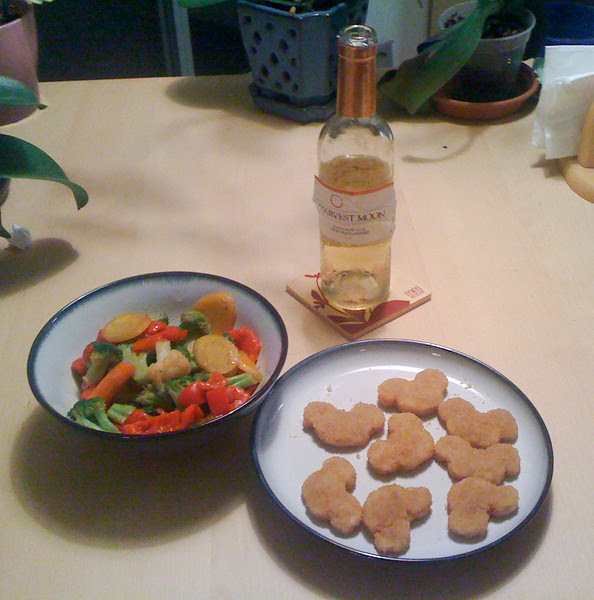 As an interesting aside, I just noticed that this meal was brought to me by a lot of the most wonderful people in my life.  The bell pepper plant was given to me by my dearest Diana who also introduced me to the Costco Mickey Mouse nuggets and Costco frozen veggies (and "Costco cooking" in general), the knife was from Will, the stir frying know-how from my dad, and the Gewürztraminer from either Matt and Maricia or Will and Lauren.  Thanks everyone!
Posted by albertkuo at 4:05 PM