What do you do when you find out that you have a week off in between jobs?  Obviously, you book a trip to Ireland and clearly, you go there and ride horses.

It's probably one of the most spontaneous things I've done considering I booked everything just two weeks in advance.

On Monday night, I took a red-eye over to Ireland from New York and discovered Aer Lingus does not understand that you're supposed to sleep on a red-eye.  I guess it's their only flight so they spent all of it with the lights on selling me duty-free items and stuffing me silly with food -- which was nice, but really some sleep would've been nice too.

I landed at 6am in Ireland and hit the ground running (or cantering as it were).  The tour recommended I sit Tuesday out but the itinerary looked too good to pass up so I signed myself up.  They looked at me like I was crazy when I arrived, got dressed, and asked, "Hi!  I'm Albert.  Where's my horse?"

They handed me Cuchulain, an Irish draft/hunter/Connemara mix named after a legendary Irish hero. 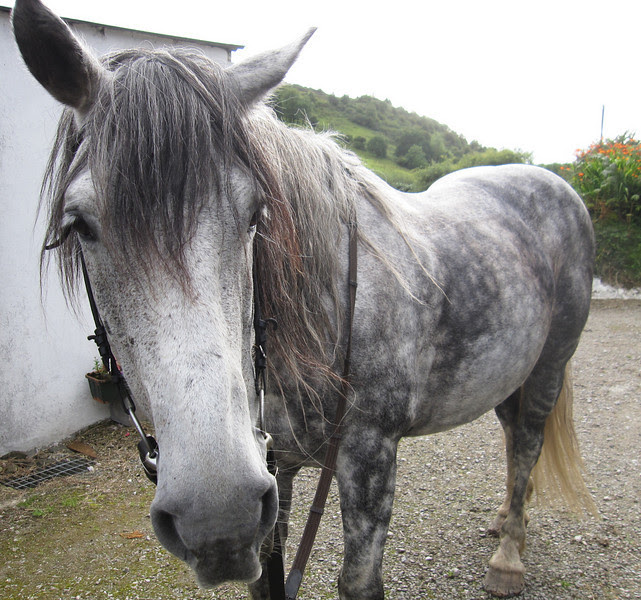 In the morning we rode on some roads and trails through the country side where every inch was covered with luscious and irresistible green. 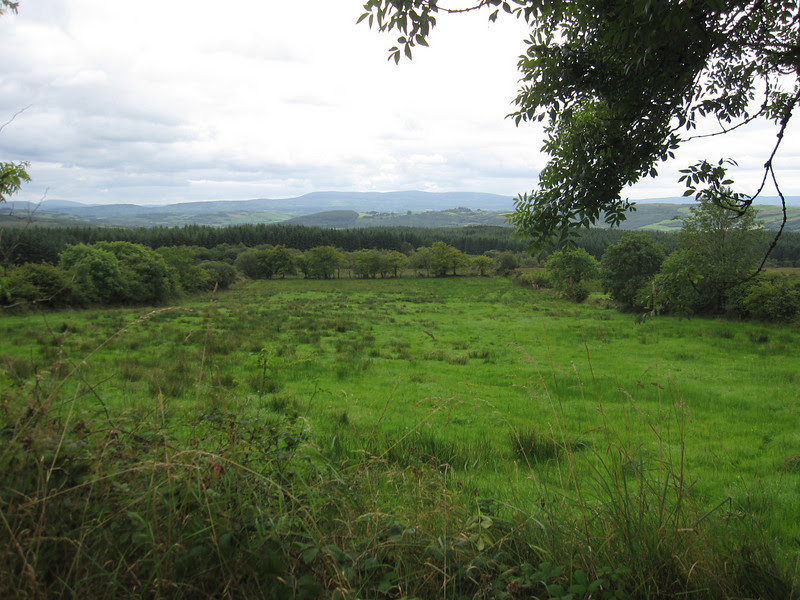 After several hours of riding, we stopped for lunch. 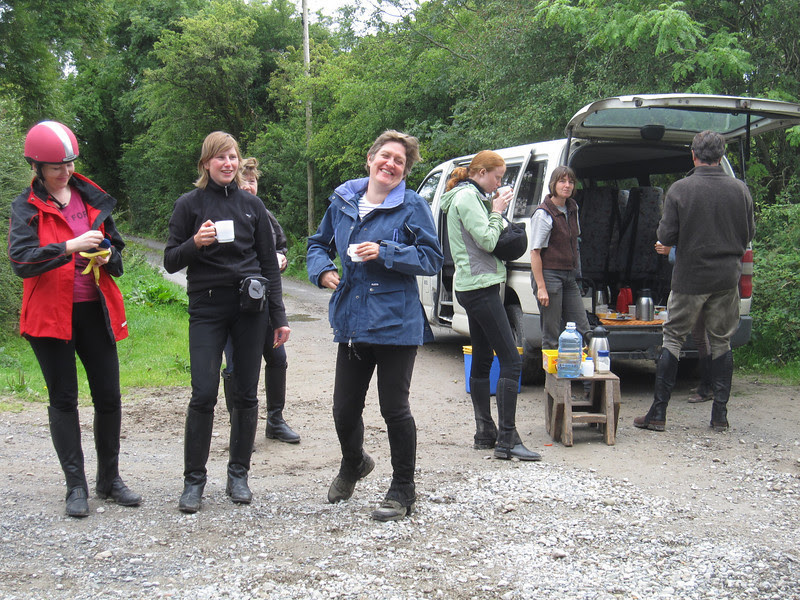 The horsies had their lunch too. 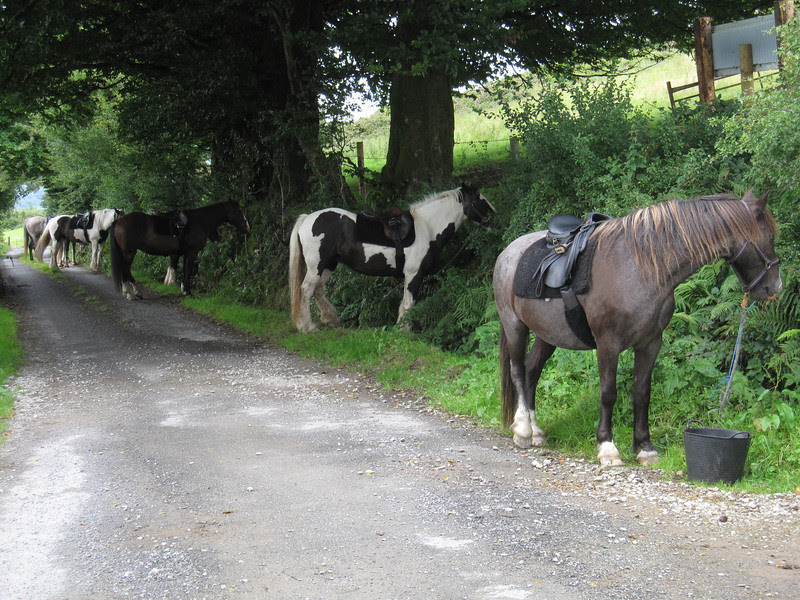 We grabbed ourselves some dessert from the local berry bushes (which grew everywhere like weeds!). 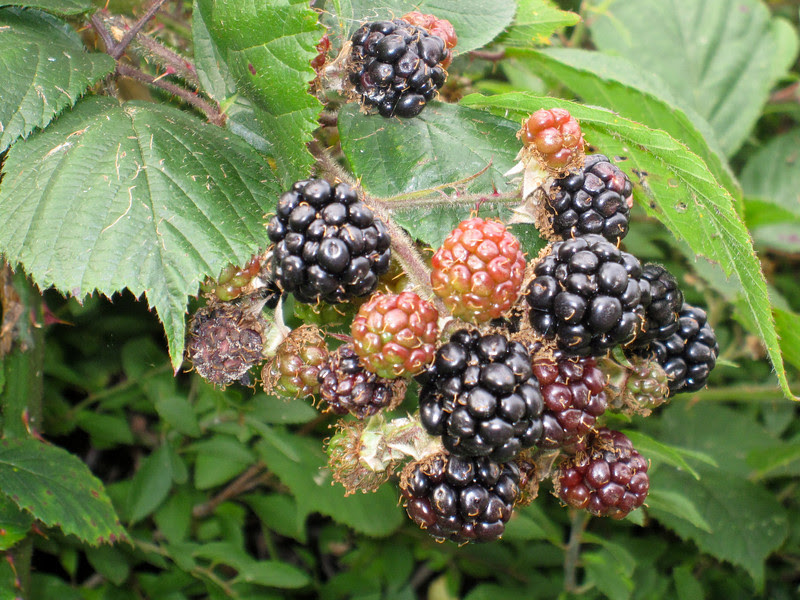 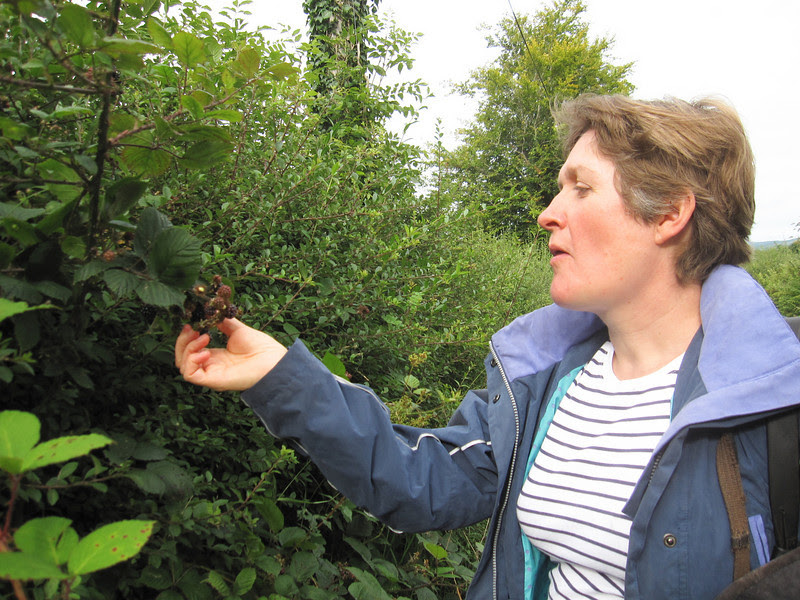 The afternoon was where the ride went completely off the hook (and why I pulled an all-nighter to ride this day).  We rode from the hill down into the valley and when the forest opened up, we found ourselves at a beautiful placid lake, Lough Graney.  We wound our horses around the shore until our guide Kiki pointed her horse straight into the lake and we all walked into the knee-deep water.  After a bit, we trotted, bounding up and down in gentle arcs as the horses changed their movement to get through the water.  Then Kiki asked, "Are we ready for a canter?"  "YES!!!"  And off we went cantering through the lake.  I have never experienced anything quite so exhilarating in my life.  We were flying through the lake with nothing but an expansive mirrored surface before us, wind blowing in our faces, and the splashing of hooves slicing a trail through the water behind us.  It was incredible.

After we were through, we looked back at the lake with amazement grinning from ear to ear and giggling nonsensically.  Such joy! 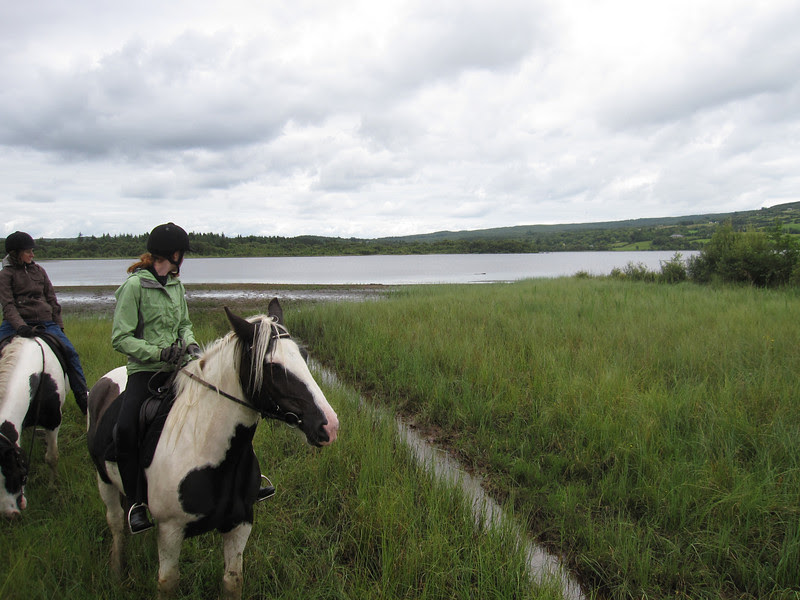 Then we wound our way through a forest, up a hill, and parked the horses in a pasture for the night. 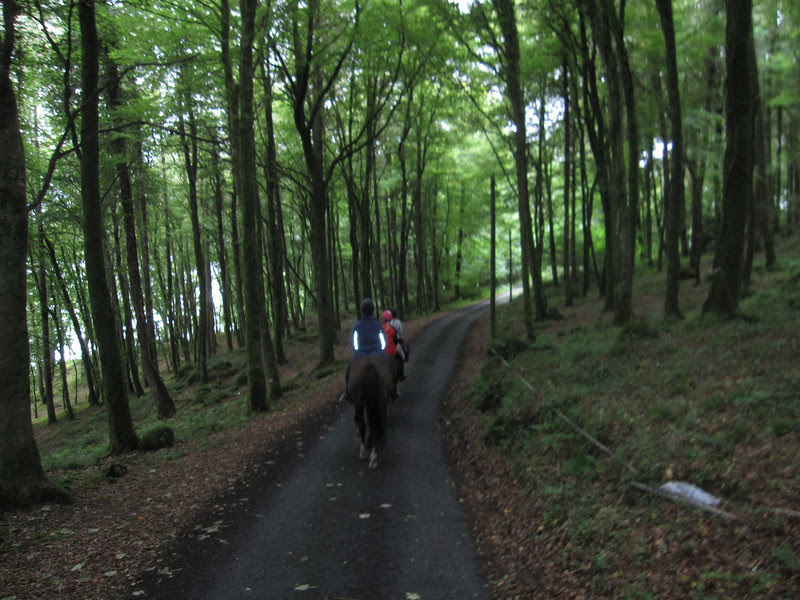 We stayed at "the farm" (the An Sibin Riding Centre, their home base) that night and rested our tired bums (six hours of riding!!!).  I found out I was among a distinguished crowd: a British priest who said things that made even me blush, a well-off Scott who hated dirt and germs but rode horses and had a child, and a middle-aged Texan woman who'd watched Battlestar Galactica and said, "frack."  You can imagine just how entertaining the dinner-time conversation that night was! 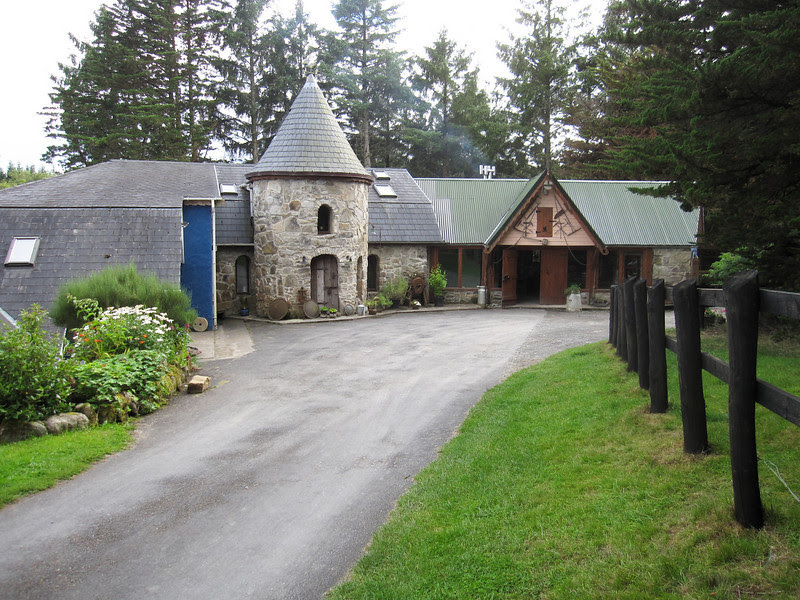 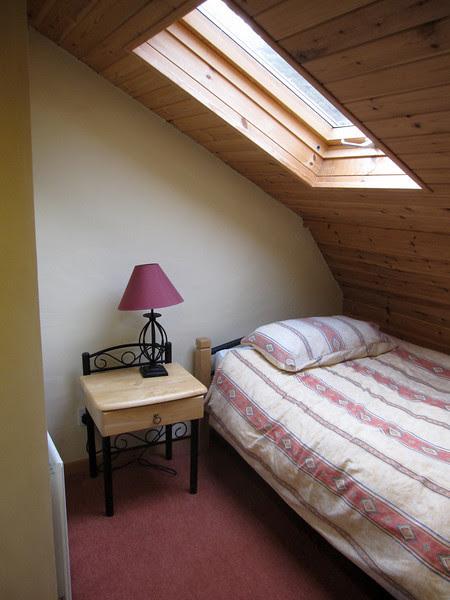